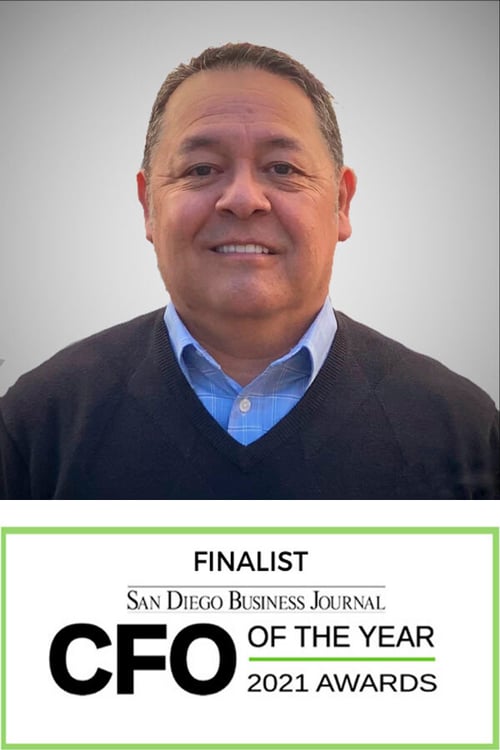 James has a passion working with C-level Executives supporting their efforts with business growth, securing capital, and building profitability.

James has managed over $4 billion in combined assets during his career, raised over $300 million in capital, and analyzed thousands of financial statements. He has also managed finance & technology teams across multiple states like Colorado, Washington, New Mexico, Virginia, and internationally; Manila, Chennai, and Bangalore.

As the CFO of one of the largest public-school systems in California, he successfully managed the school system’s $2 billion financial plan during the 2008/09 recession, eliminating over $200 million dollars of operating expenses. During that time, he financed over $150 million dollars of public financing that stabilized the organization’s cash needs. He worked directly with Goldman Sachs to structure a successful sale of the first $170 million-dollar tranche of a $2 billion-dollar bond program. He was the recipient of the Far West Deal of the Year Award, by Bond Buyer Magazine.

James was the Director of Finance at Qwest Information Technologies, at the time a wholly owned subsidiary of Qwest Communications. He helped manage the over $1 billion financial plan, instituting a 4-day month-end close process, and managing a finance team across multi-states. He also built and managed the technology investment team, which approved all technology projects corporate-wide.

James has also been active in the community by serving on the Alumni Board of Directors’ at the University of Colorado and Regis University. He was also the President of the San Diego Chapter of the National Society of Hispanic MBAs and the Vice President of Education for the Denver Chapter. He is also very passionate about lacrosse, serving as the Head Coach for a varsity girls’ lacrosse team at a local area San Diego High School.

He received his BSBA (finance) and MBA from the Anderson College of Business at Regis University and his MPA from the School of Public Affairs at the University of Colorado.